Traditional puppetry in Slovakia is an inherent part of the vernacular theatrical and literary tradition. Initially it was promoted by families of nomadic puppeteers who made their living by the performance of theatrical plays. However, traditional puppetry could be considered an important expression of traditional folk culture. In Slovak milieu the original repertoires based on imported European patterns underwent a rapid process of folklorisation. They were enriched by speciﬁc local linguistic and thematic elements and developed their own typology of personages and artistic interpretation of puppets. The most famous personages are Gašparko and codgers – peasants Škrhola and Trčka. Puppeteers were ﬁrst mentioned in Slovakia in the 17th and 18th centuries. At the end of the 19th century and the beginning of the 20th century puppetry – expanded over all Slovakia due to the interpreters’ nomadic way of life. In particular puppetry was represented by the theatrical families: Stražans, Anderles, Nosáleks, Sajkas, Fábrys, Dubskýs and other. Traditional puppetry still belongs to vital parts of intangible cultural heritage in Slovakia. 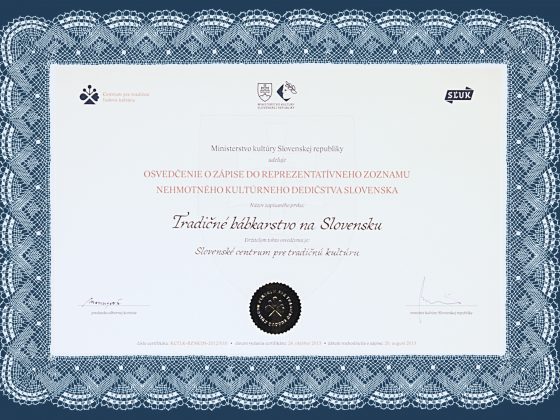 The element has been inscribed on the Representative List of the Intangible Culture Heritage of Humanity together with the Czech Republic in 2016 under the name "Puppetry in Slovakia and Czechia". 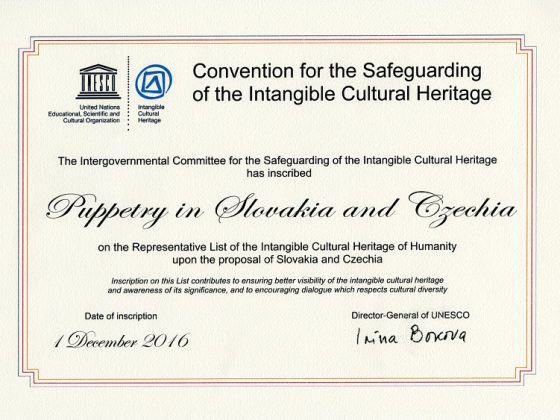