Bagpipes and Bagpipe Culture in Slovakia

Bagpipes and Bagpipe Culture in Slovakia

Concerning construction, the types of bagpipes used in Slovakia belong to the broader context of Central Europe. However, many of their attributes represent identiﬁ cation signs of the traditional folk culture in Slovakia, for instance: technological methods of bagpipes’ construction, aesthetical forms of instruments, local as well as individual styles of bagpipe interpretation, song and dance repertoire, rituals associated with bagpipes, texts of bagpipe songs and a folk oral tradition associated with bagpipes. 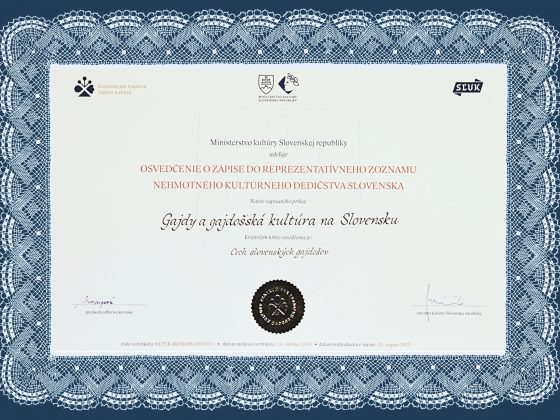 The element has been inscribed on the Representative List of the Intangible Culture Heritage of Humanity in 2015 under the name "Bagpipe culture". 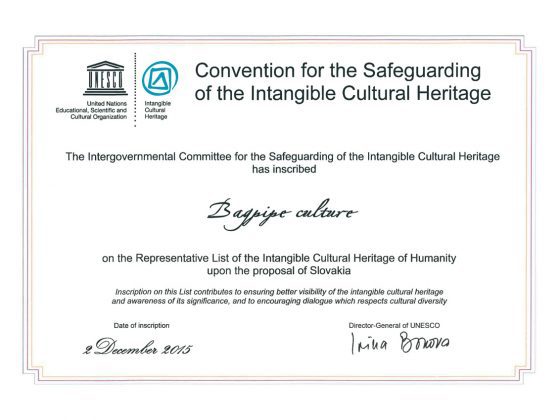