[1] The text respects the name as used by the members of the community of bearers.

Slovak Union of the Deaf 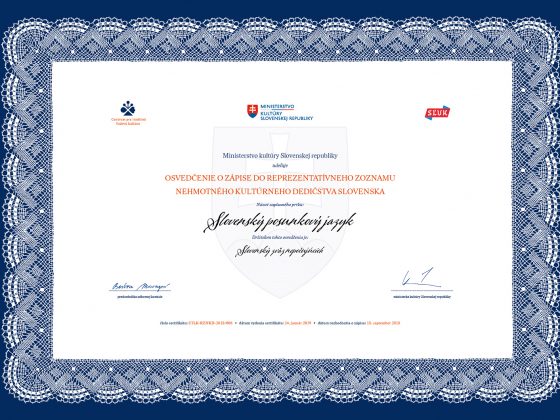